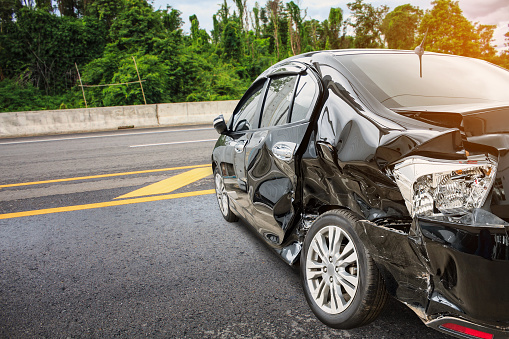 In 2017, a total of 911 people died in motor vehicle accidents in Indiana, according to statistics compiled by the U.S. Department of Transportation, National Highway Traffic Safety Administration and published in an annual traffic safety report written by the Indiana Criminal Justice Institute. That figure represents a 10.9 percent increase or 90 more fatalities compared to 2016, when 821 people died in motor vehicle fatalities in Indiana.

Why were there so many traffic fatalities in 2017?

Why did motorcycle accident fatalities increase in 2017?

This is a question many public safety officials have been trying to figure out ever since the Governors Highway Safety Association released last year's motorcycle accident statistics this past June. Will Wingfield, spokesman for the Indiana Criminal Justice Institute, said intoxicated driving and a lack of rider training for inexperienced riders contributed to the 44 percent increase in the number of motorcycle accident fatalities in Indiana last year compared to 2016, according to an interview Wingfield gave to Indiana Public Radio.

Wingfield and others said they also suspect that distracted driving - particularly texting while driving - may have been a significant reason why there were so many more motorcycle accident fatalities last year. However, Wingfield added that it's difficult to say if texting while driving contributed to the increase in motorcycle accident fatalities since "distracted driving numbers are probably underreported," according to the Indiana Public Radio story.

Why did pedestrian fatalities increase in 2017?

Alcohol also continues to play a significant role in many pedestrian accidents nationwide, according to statistics compiled nationwide for 2016 by the NHTSA. Specifically, 34 percent of pedestrians and 5 percent of drivers had a blood alcohol concentration (BAC) of 0.08 percent or higher at the time of the accident.

What can Indiana do to decrease motor vehicle fatalities?

There are many things people can do to decrease the number of fatal motor vehicle accidents. Many of the solutions have been well known for many years. They include not texting while driving, not drinking and driving (or drinking and walking) and driving the posted speed limit (since speeding remains a significant contributing factor in many fatal car accidents in Indiana). Speeding was a contributing factor in more than 200 motor vehicle deaths every year in Indiana between 2013 and 2016, according to the NHTSA.

If you or a loved one has been injured in a motor vehicle accident in Indiana, it's important to understand your legal rights. That's why it always pays to talk to an experienced Indiana car accident attorney about your crash. To learn more about your legal options, contact our law firm and schedule a free case evaluation. If we do not win, you will not owe us attorney fees.  We have offices in Fort Wayne and South Bend, IN.  Call us today at 1-877-962-4372.