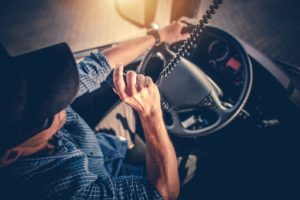 A recent study conducted by artificial intelligence startup Nauto refutes data from the National Highway Traffic Safety Administration (NHTSA) claiming an average of nine people are killed daily in the US due to distracted driving, according to an article in Freight Waves.

Founded in 2015, Nauto’s mission is to help fleets achieve zero collisions by providing a slew of autonomous features designed to assess the behaviors and habits of drivers.

According to Jennifer Haroon, the chief operating officer at Nauto, the number of reportable collisions and distracted driving data varies from one study to the next.

“For one, not all collisions are serious enough to be reported to the police," she said. "And two, when people are in a collision, even if distracted driving was one of the mitigating factors, they normally don’t volunteer and report it to the police.”

A stark reality of distracted truckers

While the numbers reported in many studies may not be completely accurate, they still reveal a stark reality that drivers face each day. No matter which roadway you’re traveling on, there is likely a distracted driver within your vicinity.

What’s worse, distracted truck drivers pose an even greater risk to all road users. A fully-loaded commercial truck can weigh as much as 80,000 lbs. and requires greater time and distance to come to a stop. In addition, commercial trucks can easily careen out of control due to a small mishap or error in judgment.

Haroon blames the majority of distracted driving truck crashes on mobile handheld devices, but other common forms of distraction among truckers include filling out paperwork in the cab, eating, drinking, and talking with others.

“Last year, we did a study with one of our insurance partners, and found that in a population of commercial fleet drivers using Nauto, that over 70 percent of collisions involved distracted driving," Haroon said.

Acknowledging the risks of trucker distraction

Addressing the risk of distracted truck driving first requires acknowledgment from fleet managers. Haroon suggests trucking companies use technology to gain greater insight on the habits of their drivers. This includes monitoring drivers by capturing video footage, which can later be used to provide safety training for drivers.

According to Haroon, the in-cabin, real-time alerts afforded by Nauto has helped to mitigate truck driver distraction by roughly 40 percent.

“I think it is awesome that we can use technologies that we initially maybe thought were only going to be for automated vehicles, but we can use them today to help improve road safety for everyone,” she said.

It’s too soon to determine whether or not use of this technology will be widespread in the trucking industry, but truck drivers still have a duty to keep their hands on the wheel and eyes on the road. When driving such a large vehicle that could wreak havoc in a crash, there is no room for negligence or error.

If you or a loved one was injured in a crash, get an experienced Indiana truck accident attorney at Boughter Sinak, LLC in your corner. We fight for the rights of injured motorists like you. Contact us today to learn more.