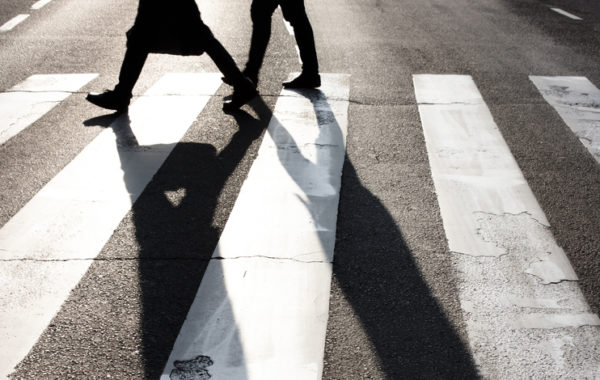 A recent fatal pedestrian accident in a crosswalk just outside the city limits of Fort Wayne has prompted some Allen County residents to call for changes to the intersection where it happened, according to WANE 15 News.

“These lights need to be taken down and taken down as quickly as possible,” Allen County resident Brad Davis said in an interview with WANE 15 News. “It’s the motion sensor yellow flashing lights that are confusing drivers in the area. When you confuse drivers one driver does one thing and another driver does the other, then you have a problem.”

The fatal pedestrian accident happened on Carroll Road on a recent Thursday night in September, according to WOWO News. A 63-year-old pedestrian was using the Pufferbelly Trail and attempting to cross Carroll Road when a driver drove around a truck stopped at the crosswalk and hit the pedestrian, who was pronounced dead at the scene.

Since then, many Allen County residents have called for changes to the flashing yellow lights at crosswalks located at mid-block intersections, which they say confuse drivers and put pedestrians and cyclists who cross at such intersections at risk.

How common are pedestrian accidents?

Pedestrian accidents have become increasingly common in the past decade. Between 2010 and 2019, pedestrian fatalities nationwide increased by 51 percent, according to the Insurance Institute for Highway Safety (IIHS). More than 6,000 people are killed in pedestrian accidents on average each year.

In Indiana, pedestrian fatalities went up by 17 percent during the same 10-year period, from 62 deaths in 2010 to 73 deaths in 2019, according to the National Highway Traffic Safety Administration (NHTSA). In 2018 alone, 114 people died in pedestrian accidents in Indiana.

Why do pedestrian accidents happen?

Other common causes of pedestrian accidents include:

Whatever the circumstances of your pedestrian accident, don’t simply assume you will be fairly compensated for all your injury-related expenses. The at-fault driver might deny causing your collision. Or the driver’s insurance company might insist that your injury claim is worth far less than how much money you actually deserve. This is why it’s critical that you have an experienced pedestrian accident attorney on your side, standing up for your rights.

How can a lawyer help?

When you have an attorney handling your pedestrian accident, you can dictate what happens next. Instead of insurance companies telling you what to do, you and your lawyer can make sure your injury gets the attention you deserve. That’s because experienced attorneys know how to find the evidence you need to build the strongest possible legal case.

Our Fort Wayne pedestrians accident lawyers at Boughter Sinak, LLC can help you every step of the way. We know how to analyze accident reports, track down witnesses, and consult with accident-reconstruction experts if necessary. We leave no stone unturned in pursuit of justice.

Get the Indiana law firm that gets results. Contact us and schedule your free case evaluation with a Fort Wayne pedestrian accident attorney you can count on when it matters most. We have two offices conveniently located in Fort Wayne and South Bend and handle cases throughout Indiana.