Home > Blog > Deaths from wrong-way crashes on the rise

Deaths from wrong-way crashes on the rise 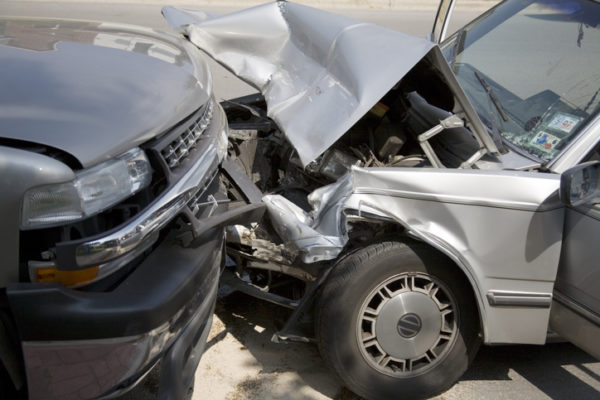 Fatalities from wrong-way crashes are not unusual, even in Indiana, but the numbers are getting worse. Our attorneys reveal how these tragedies happen and what you can do to prevent them.

Perhaps nothing can catch you more off-guard than seeing a vehicle speeding straight at you in your lane on a divided highway. You’re headed in the right direction, but what do you do? If you slam on your brakes, you may still not be able to avoid a head-on collision. If you change lanes, the other vehicle might do the same and still be in your path.

This nightmare scenario is becoming more common, according to the AAA Foundation for Traffic Safety. Between 2015 and 2018, an analysis shows, there were 2,008 deaths from wrong-way driving crashes on divided highways nationwide. Those numbers were up a staggering 34% from 2010 to 2014, when 375 wrong-way deaths were recorded.

Indiana has seen more than its fair share of such car accidents. At least three wrong-way accidents, claiming five lives in Gary and Indianapolis, have happened this year, according to media reports.

The crashes are often fatal for two reasons. One, they are usually head-on collisions. Two, both vehicles are traveling at highway speeds, increasing the impact of the crash.

By far, the leading factor in wrong-way crashes is alcohol impairment. Motorists who were legally drunk accounted for 60.1% of wrong-way drivers. Another common factor is drivers over the age of 70, who may suffer from health impairments.

A third factor is motorists who are alone (nearly 87% of wrong-way drivers); a passenger could alert them that they are entering a highway from the wrong direction.

Addressing the most common factor in wrong-way crashes – drivers impaired by alcohol or other drugs – is a never-ending battle. Safety officials say alcohol ignition interlock devices, which require drivers to provide a breath sample before allowing them to get behind the wheel, have proven to be the most effective tool to combat drunken driving.

Traffic safety advocates also say state laws must be changed to address the risks of older drivers whose driving abilities have diminished with age. They say new requirements can help identify people who are medically at-risk, either physically or mentally, and who should not be driving.

High-visibility police enforcement is another useful tool. States also are urged to install more effective infrastructure improvements, including highly visible traffic signs and signals, to prevent people from entering a highway going in the wrong direction.

Seeking justice after tragedy? Put a fighter on your side

If someone you love was severely injured or died due to a senseless wrong-way accident in Indiana, it can feel like there's a gaping hole in your life that can never be filled. Indeed, that pain is the kind of pain that may never go away.

While fault for the accident may seem obvious, you might still face hurdles in your quest to hold those responsible accountable for their actions. An insurance company, for example, may try to pressure you into accepting a financial settlement that, in the end, falls far short of providing appropriate compensation for your damages.

Even though that offer might be tempting, especially if your loved one was the main source of financial support for the family, you could end up costing yourself money in the long run. Keep in mind that the insurance company has a vested interest in paying you as little as possible, and you can be sure that they will do everything in their power to accomplish that goal.

At Boughter Sinak, LLC, our car accident attorneys can protect your rights and fight for the compensation you deserve. We also offer legal representation on a contingency fee basis. That means there's no upfront money, and if we don't win your case, you don't pay attorney fees. Contact us today for a free consultation. We have offices in Fort Wayne and South Bend, and we proudly serve clients in all of Indiana.