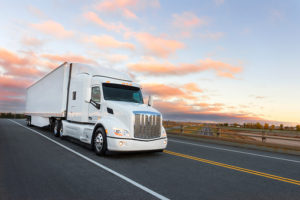 The current hours-of-service (HOS) regulations exist for a reason: to prevent crashes caused by truck drivers who get drowsy behind wheel. According to EHS Today, changes to the HOS rules have been proposed by trucking industry advocates the U.S. Department of Transportation's Federal Motor Carrier Safety Administration (FMCSA).

What changes are being proposed?

The proposed rule changes include five critical revisions that are believed to address both convenience and safety within the trucking industry:

The FMCSA believes these changes will save the U.S. economy and American consumers up to $274 million. Since authorizing an Advanced Notice of Proposed Rulemaking in 2018, the FMCSA has received more than 5,000 public comments both for and against the proposal. The American Trucking Association estimates that these changes will help improve safety on U.S. highways.

Opponents to these changes have expressed safety concerns. Teamsters General President Jim Hoffa believes the revisions to the HOS regulations will only encourage truck drivers to push beyond their limits.

“We shouldn’t be sacrificing the health and safety of drivers just to pad the profits of their big business bosses,” said Hoffa.

Unlike smaller passenger cars, commercial trucks are massive and can weigh up to 80,000 lbs. when loaded with cargo. Whether or not these proposed changes to HOS will make our roads safer is yet to be seen, but truckers and the companies that employ them still have a duty to uphold. When their failure to do the right thing results in someone being injured or killed, they should be held accountable.

If you were injured in a truck crash, or lost a loved one, the experienced Indiana truck accident attorneys at Boughter Sinak, LLC can help you in the pursuit of justice. We'll fight tirelessly to maximize your compensation. Our law office is located in Fort Wayne. Contact us online today to schedule your free case evaluation.