Home > Blog > How To Avoid a Work Zone Crash in Indiana

How To Avoid a Work Zone Crash in Indiana 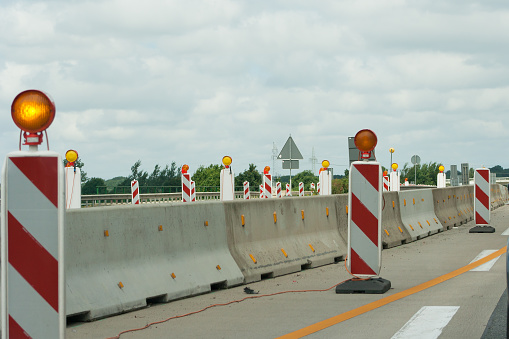 Work zone crashes in Indiana happen far more often than you might realize. Each year, hundreds of people are injured or killed in work zone crashes, according to the Indiana Department of Transportation (IDOT).

Work zones are hot spots for car accidents because they present an unfamiliar and somewhat chaotic environment to drivers. Still, that's no excuse to cause a crash that results in severe injury or death.

Work zone accidents wreak havoc on Indiana’s roads and highways. In 2018, work zone crashes in the state claimed the lives of 14 people and resulted in more than 650 injuries.

Most injuries and fatalities involve drivers and passengers. In particular, 4 out of 5 people injured or killed in a work zone crash were either driving a vehicle or riding in the car, according to IDOT.

However, many other work zone accidents also involve pedestrians, cyclists, construction workers, police officers, or other people working alongside the road in a construction zone.

Causes of crashes in work zones

IDOT has many suggestions for drivers aimed at avoiding a car accident in a work zone, including:

What to do if you're injured in an accident

Here's what to do if you're involved in a work zone crash:

Dealing with a car accident that isn't your fault can be very challenging, especially if you or someone you love was injured and you need to recover your losses. Insurance adjusters might come off as friendly when you talk to them, but make no mistake, their goal is to protect the insurance company's bottom line.

Some insurance companies will insist that their first settlement offer is the best they can do and that you don't need to get an attorney involved. The reality is most initial settlement offers don't even come close to covering the crash victim's damages (e.g., medical bills, lost wages, pain and suffering, etc.). That's why you need someone on your side who can help make you whole again and fight for the financial compensation you're entitled to.

At Boughter Sinak, LLC, we know how the legal system works in Indiana and how to deal with the insurance company. Whether it's in settlement negotiations or in court in front of a judge and jury, we will fight for every dollar you deserve. Contact us today to schedule a free consultation with an experienced car accident lawyer. We have two offices conveniently located in Fort Wayne and South Bend.