Automobile safety has changed dramatically since the 1960s, when seat belts were considered the latest in technological advances. Today’s vehicles are equipped with everything from electronic stability control to blind spot information systems. Until fairly recently, however, one basic vehicle component escaped upgrades – headlights. 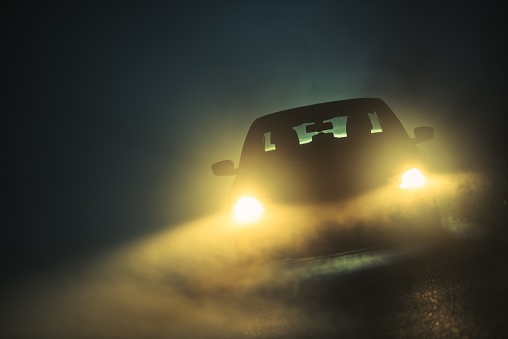 A new study shows how pressure from a nonprofit organization prompted automakers to make a major change in their vehicles that is undoubtedly saving lives and lessening the risk of injuries among motorists and their passengers due to car accidents. The startling fact is that federal government standards for headlights are basically the same as they were in 1968.

The Insurance Institute for Highway Safety (IIHS) recognized this as a major safety issue and took action by initiating a headlight ratings program in 2016. The simple goal was to rank headlight efficiency by how well they worked under real-world driving conditions. Sharing that information with the public would enable motorists to make more informed choices when shopping for a new vehicle.

Just five years later, IIHS has assigned ratings to about 1,000 headlight systems. The organization’s research found that nighttime crash rates for vehicles equipped with “good” headlights are 20% lower when compared to vehicles with “poor” headlights. Vehicles with “acceptable” or “marginal” headlights saw their crash rates fall 15 percent and 10 percent, respectively.

Improved headlights give a driver up to 6 extra seconds to see and react to potential driving hazard. Injuries to drivers of vehicles equipped with “good” headlights fell 29% compared to drivers in vehicles with “poor” ratings, according to the IIHS study. The rates of tow-away and pedestrian crashes fell about 25% each.

The IIHS research had proven that better headlights improve safety, leading to fewer crashes, injuries, and deaths among motorists. It was also a matter of simple common sense, of course, because driving at night is statistically three times more dangerous than driving during daylight hours.

The next challenge for IIHS was persuading motor vehicle manufacturers to make changes to their headlight systems. To do that, IIHS changed its Top Safety Pick and Top Safety Pick+ award programs to include headlight rankings.

Because automotive manufacturers promote the award programs to sell their vehicles, they knew they had to install better headlights to receive IIHS safety recognition. It was, in short, in their own financial interests. And that’s exactly what they did, in some cases even making midyear design changes. The result was that the proportion of headlights rated as “good” jumped from 4% to 29%.

A serious car accident, whether caused by a vehicle with poor headlights or a reckless motorist, comes with a series of life-changing challenges. You may be injured, out of work, and financially desperate to support your loved ones as the bills pile up.

At Boughter Sinak, LLC, our car accident lawyers know how to build strong cases and advocate for maximum compensation. Our attorneys fight for the rights of accident victims in Fort Wayne, South Bend and throughout Indiana. We’ll work aggressively on your behalf for justice and the financial compensation you deserve. Contact us today for a free consultation.