Report: Indiana Lags Behind Other States on Road Safety 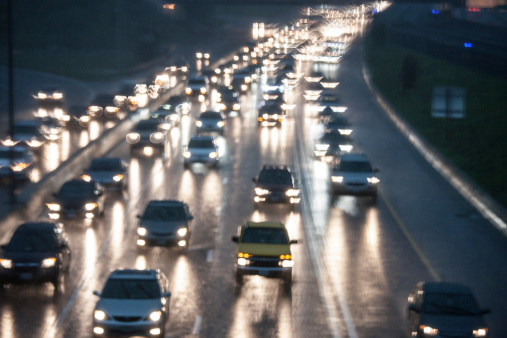 Car accident fatalities continue to get worse nationwide. And according to a recent traffic safety study, part of the problem has to do with state traffic laws. Many states need to make improvements to their traffic laws—including Indiana.

“It’s really a call to action for state elected officials to see what their states are missing and to introduce legislation to make changes,” said Cathy Chase, President of Advocates for Highway and Auto Safety. Chase was interviewed by Fox 59 News in Indianapolis.

Advocates for Highway and Auto Safety conducted the nationwide traffic study. Called “Out of Control: 2022 Roadmap of State Highway Safety Laws,” the study includes car accident data nationwide for the first six months of 2021. The study also compared traffic laws for each state. Indiana received a “yellow” or “fair” grade.

“This report is essential so that state elected officials know what can be done,” Chase said. “They can pick up this report, they can look and see what’s happening in their states, and they can see what’s missing.”

Despite fewer drivers on the road in 2020, car accident fatalities increased dramatically that year. In fact, motor vehicle fatalities in 2020 reached the highest figure in more than a decade, according to the National Highway Transportation Safety Administration (NHTSA).

So what happened in 2021? Nationwide, this deadly trend continued. According to the “Out of Control” study, car accident fatalities in the first half of last year increased by 20 percent compared to the same time period in 2020.

This increase represents “the highest six-month increase ever recorded in the history” of federal car accident data. The report added, “This is a major public health epidemic, and lawmakers can and must do more to ensure safe roads for everyone.”

However, the National Safety Council (NSC) estimates that 888 people died in car accidents in 2020. The NSC has higher figures because the non-profit organization counts traffic deaths that occur in driveways, parking lots, and deaths that occur up to a year after an accident.

Meanwhile, the Advocates for Highway and Auto Safety study also includes an estimate for the annual financial impact of motor vehicle accidents on each state. In Indiana, car accidents cost the state $7.696 billion each year. That figure includes estimates for medical care, lost income, and vehicle damage.

Advocates for Highway and Auto Safety listed several contributing factors for the continued rise in car accident fatalities last year. Such factors include:

The Advocates for Highway and Auto Safety reviewed and graded each state’s traffic laws as part of its study. Indiana was one of 31 states to review a “yellow” or “fair” grade. Indiana received that grade because the state does not have certain, common traffic laws. These laws include:

Get a proven fighter in your corner

Having an attorney on your side after you've been injured in an accident can often make a big difference in the outcome of your case. Don’t be surprised if the at-fault driver’s insurance company downplays or denies your injury claim. They often do this because there can be a lot of money at stake, and insurance companies only care about protecting their bottom line.

Take a stand. Talk to an experienced Fort Wayne car accident lawyer at Boughter Sinak, LLC. We won't let the insurance company push you around, and we will aggressively advocate for the compensation you're entitled to. Contact us today for a free case evaluation. We have two offices conveniently located in Fort Wayne and South Bend, and we handle cases throughout Indiana.