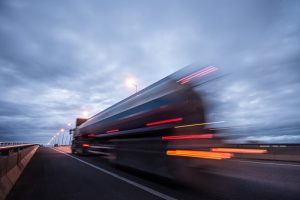 It’s been a legislative struggle for truck safety advocates, but speed limiters may soon be on the horizon. This initiative was previously proposed to the U.S. Department of Transportation but Road Safe America, a non-profit group that promotes highway safety, had no luck with the federal agency.

Now Road Safe America and the Truck Safety Coalitions have joined efforts to push speed limiter devices on big rigs to the new Congress. Both groups have pulled crash data showing how critical speed limit devices are at preventing crashes.

Most notably, they cite data from the Federal Motor Carrier Safety Administration (FMCSA) that found trucks without active speed limiters were at a 200 percent greater risk of crashing than those that use them.

If speed limiters become fully enforced, large commercial trucks won’t be able to travel more than 65 mph. These devices work by detecting a truck’s speed using communication between an on-board computer system and various sensors. Currently, they aren’t required in the United States, but have been enforced in Australia, Germany, France, Japan, and the UK since the mid-1990s.

Speed is generally a problem for all types of vehicles but it’s especially dangerous with large commercial trucks for the following reasons:

Injured in a truck crash? Justice is only one click away.

For anyone who shares Indiana roads with large commercial trucks, speeding raises serious concerns. Should there someday be a law requiring active use of speed limiters, it’s likely that we may see fewer or less devastating crashes.

Even then, road users can still sustain serious or fatal injuries in crashes involving trucks. That’s why it’s crucial to speak to an experienced Indiana truck accident attorney if you or a loved one are injured.

Crashes involving big rigs are often complex. The attorneys at Boughter Sinak, LLC know how to take on negligent trucking companies and their insurers so you can focus on recovery. Justice is only one click away. Contact us to schedule your free, no-obligation case evaluation.