Home > Blog > Which types of truck crashes are preventable?

Which types of truck crashes are preventable? 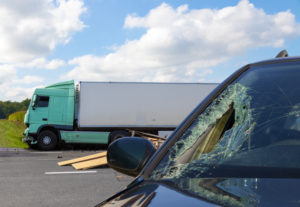 Large commercial trucks are an essential part of our economy. In most cases, the drivers who operate these big rigs are able to do so without posing a risk to Indiana road users.

Sometimes truck drivers, and the companies that employ them, make errors that result in catastrophes – many of which are preventable.

Transportation officials have spent years delving into the leading causes of truck crashes, but research has taken a recent turn into determining crash preventability.

Transportation officials seek to determine how truck crashes can be prevented

The FMCSA seeks to roll out this program by examining the practicality, costs, and benefits determining and displaying the preventability of certain types of crashes.

In August 2017, the FMCSA began reviewing more than 5,600 crashes involving truck and bus companies to determine if the carriers involved could have taken preventative measures. Approximately 94 percent of those crashes, however, were deemed unpreventable by the motor carriers.

What types of truck crashes are preventable?

Determining which crashes are preventable depends on the actions of either the truck driver, trucking company, or both.

If you were hurt in a truck crash, or lost a loved one, because of the negligent actions of the driver or trucking company, it’s important that you take immediate legal action.

The attorneys at Boughter Sinak, LLC have built a reputation for standing up to trucking companies and helping injured motorists maximize their compensation. To find out how we can help you, contact us online and set up your free case evaluation with our legal team.