Home > Blog > How to safely share the road with trucks 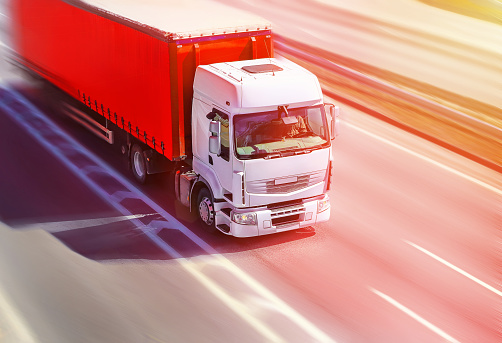 Passenger car drivers often share major roadways with large commercial trucks. If you travel interstates 69 or 469 (or any other major roadway in the Fort Wayne area), you likely see these massive vehicles traveling down the highway at high speeds.

Due to the sheer size and weight of large commercial trucks, passenger car drivers often feel nervous around them. According to a recent study, many passenger drivers believe that truck drivers behave more erratically behind the wheel.

How safe are truck drivers behind the wheel?

The study involved a survey of 1,000 U.S. adults commissioned by Verizon Connect and Wakefield Research regarding the safety habits of truck drivers. According to the survey results:

When asked about which types of dangerous behaviors truck drivers engaged in, participants reported:

According to data from the National Highway Traffic Safety Administration, approximately 4,761 people were killed in truck crashes on U.S. roads in 2017. The leading causes of serious and fatal truck crashes include:

Since large commercial trucks can weigh as much as 11,000 lbs., they also require more time and distance to stop than most other vehicles. According to the Federal Motor Carrier Safety Administration (FMCSA), the stopping distance can be the length of two football fields for trucks traveling at 65 mph.

How can other drivers stay safe around large trucks?

In order to educate drivers on how they can stay safe around large trucks, the FMCSA offered some tips in a video released this past summer. Most importantly, drivers should be aware of the limitations of large commercial trucks. These vehicles are often more difficult to operate than a standard passenger car and require a great deal of skill and training.

The safety tips offered by the FMCSA include:

Crashes involving large commercial trucks can be unpredictable. A moment of poor judgment on the part of a truck driver, or a serious mechanical failure, can result in a catastrophe within seconds. If you were hurt in a crash, or lost a loved one, it's critical that you take legal action. The attorneys at Boughter Sinak, LLC can help you build a strong truck accident claim and maximize your compensation by:

If you've been injured in a truck accident, let our attorneys work for you. To learn more, contact us online and schedule your free case evaluation.