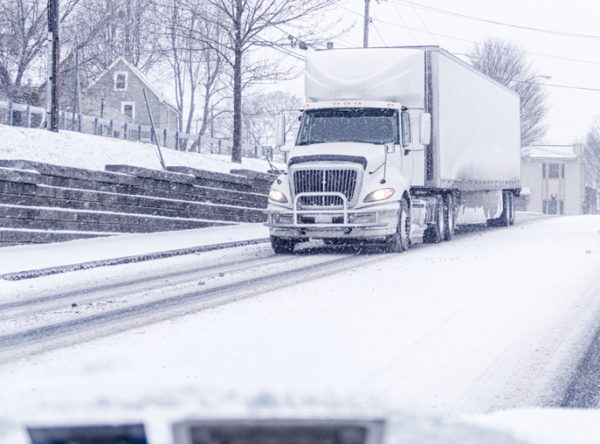 From the Rocky Mountains to New England, winter is already off to a brutal start, according to The Weather Channel. In mid-December, portions of the Midwest were especially hit hard with snow and ice. Multiple crashes were reported during the storm, resulting in a total of 11 traffic fatalities across the region — two of which happened in Indiana. We still have months to go before the spring thaw arrives.

Winter weather conditions are dangerous for all drivers. According to the U.S. Department of Transportation's Federal Highway Administration, more than 1,300 traffic fatalities and more than 116,800 injuries occur each year on roads covered in snow, ice, or slush.

Drivers are especially at risk of being injured when trucks are involved. In comparison to smaller passenger cars, large commercial trucks take significantly more time and distance to stop. When road conditions are slick, semi-trucks are known for skidding into other vehicles during pileups or careening out of control. Jackknife crashes, lane departures, and rollovers are also common during this time of year.

When truckers fail to clear the tops of their cabs and trailers, blowing snow or falling sheets of ice can impact visibility and create swerve risks. In a video posted by Cater Clips, a driver's windshield was shattered after being struck by snow falling from a truck.

Recently, a semi-truck carrying a double trailer lost control on a toll road in Elkhart County and nearly drove off an overpass. The cab reportedly rolled down an embankment and the two trailers dangled on the overpass. The driver of the truck escaped with non-life-threatening injuries. There was no mention as to what caused the truck to careen out of control, but pictures from the crash scene showed a snowy roadway.

Just a day earlier, northbound State Route 49 in Valparaiso was closed due to several crashes. A semi-truck reportedly lost control and became stuck in the median. Police reported that it would take two hours to remove the truck. Luckily, no serious injuries or deaths were reported in either of the two incidents.

When winter weather strikes, semi-truck drivers must reduce their speed and maneuver their vehicles with caution. When they fail to do so, and someone gets hurt as a result, they should be held accountable.

The Indiana truck accident attorneys at Boughter Sinak, LLC have seen how devastating truck crashes can be during winter weather conditions. Our legal team is dedicated to fighting for the rights of injured motorists. We take on large trucking companies, as well as their insurers.

If you were hurt in a truck crash, contact us online and schedule your free case evaluation today. Our law offices are located in Fort Wayne and South Bend.