A lawsuit has been filed on behalf of a laborer who was seriously injured while working on Fort Wayne’s Deep Rock Tunnel project, the largest and most expensive public works project in the city’s history -- estimated to cost nearly a quarter of a billion dollars. 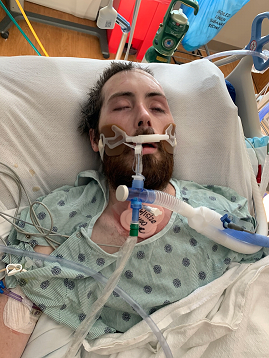 The suit notes that on April 16, 31-year-old Tyler Tompkins was working in the tunnel more than 200 feet below ground when a pipe exploded. Tompkins was struck with high-pressure slurry and suffered a catastrophic brain injury that has left him physically and mentally incapacitated.

Herrenknecht Tunnelling Systems, USA, Inc. and Shambaugh & Son, L.P. are named as defendants in the suit.

You can read the complaint here.

“Our investigation revealed that this explosion was entirely preventable,” said Fort Wayne attorney Robert Boughter of Boughter Sinak, LLC, who, along with attorney Stephen Wagner of Wagner Reese, LLP, is representing Tompkins and his wife Claire in the lawsuit.

The incident was investigated by the Indiana Occupational Safety and Health Administration (IOSHA) and Tyler’s family, who hired an expert consultant to inspect the tunnel after the incident.

Boughter said the expert determined the explosion occurred due to defects in the design and manufacturing of the tunnel boring machine (TBM) – nicknamed “MamaJo” – and its related piping and electronically controlled systems. IOSHA required several changes be made to the TBM to prevent future accidents. 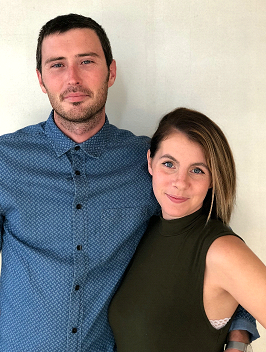 Boughter said that Tompkins has suffered and will continue to suffer physical pain and mental trauma and will require long-term care.

The Deep Rock Tunnel project involves boring a five-mile tunnel through bedrock under the city to divert sewage away from rivers and directly to the wastewater treatment plant. The project began in 2018.