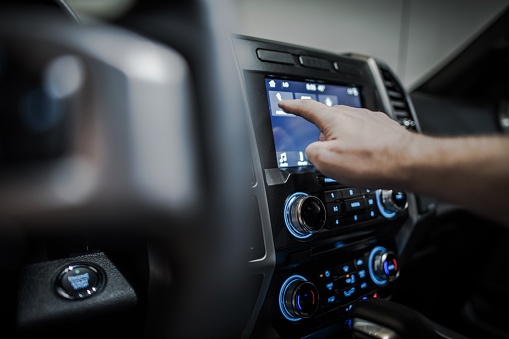 Distracted driving is among the biggest safety issues on the roads of Indiana – and the problem is getting worse. Drivers making and receiving phone calls, emails, and texts on their smartphones. Drivers programming their GPS. Drivers applying makeup or shaving. Their negligence is widespread throughout the state, and it causes serious accidents.

That’s why it was almost unimaginable when Tesla remotely updated software that enabled drivers and passengers to play solitaire, a jet fighter game, or a conquest strategy game even when the car was in motion. Under pressure from safety advocates and government agencies, Tesla quickly agreed to disable the software so that the games could not be played in a moving vehicle.

Tesla announced the change just a day after the National Highway Safety Administration (NHTSA) opened an investigation into the game feature, called Passenger Play. “There is no argument that can be made that this isn’t dangerous,” said Jason Levine, executive director of the Center for Auto Safety, a consumer group.

To say the least, drivers playing video games while behind the wheel would pose a major risk to themselves, their passengers, other motorists, and pedestrians. The games are not directly connected to Tesla’s self-driving Autopilot system, but NHTSA officials were concerned drivers would not pay attention to the road because they believed their cars were driving themselves.

Unfortunately, the maximum first-time fine for distracted driving is just $35.50, which is not much of a deterrent. Fines increase to $250 and $500 for the second and third violations, respectively, within a five-year period. A conviction also adds four points to a driver’s record, which can be removed upon completion of a safety program.

However, in some cases a violation can mean a more serious reckless driving charge. In the case of a fatal accident, a driver can face a charge of reckless homicide (vehicular homicide). Both charges can mean very large fines and jail time. But those consequences for the distracted driver are not much comfort to a person hurt by their negligence.

Don't let the insurance company play games with your recovery

When you suffer an injury in an accident caused by distracted driving, you face obstacles that may seem overwhelming. You may be unable to work, support your family or pay your bills. The driver who injured you is going to deny responsibility and may instead blame you for the accident. As you struggle with your physical, mental and emotional health, an insurance company will try to take advantage of your desperation by offering a lowball financial settlement offer that is tempting in the short run but falls far short of meeting your long-term expenses.

At Boughter Sinak, LLC, our mission is to provide accident victims in Fort Wayne, South Bend, and throughout Indiana with aggressive and compassionate representation. We know what you are going through and are dedicated to overcoming all obstacles while you focus on putting your life back together. Let us put our experience to work for you and your family. Contact us today for a free consultation.